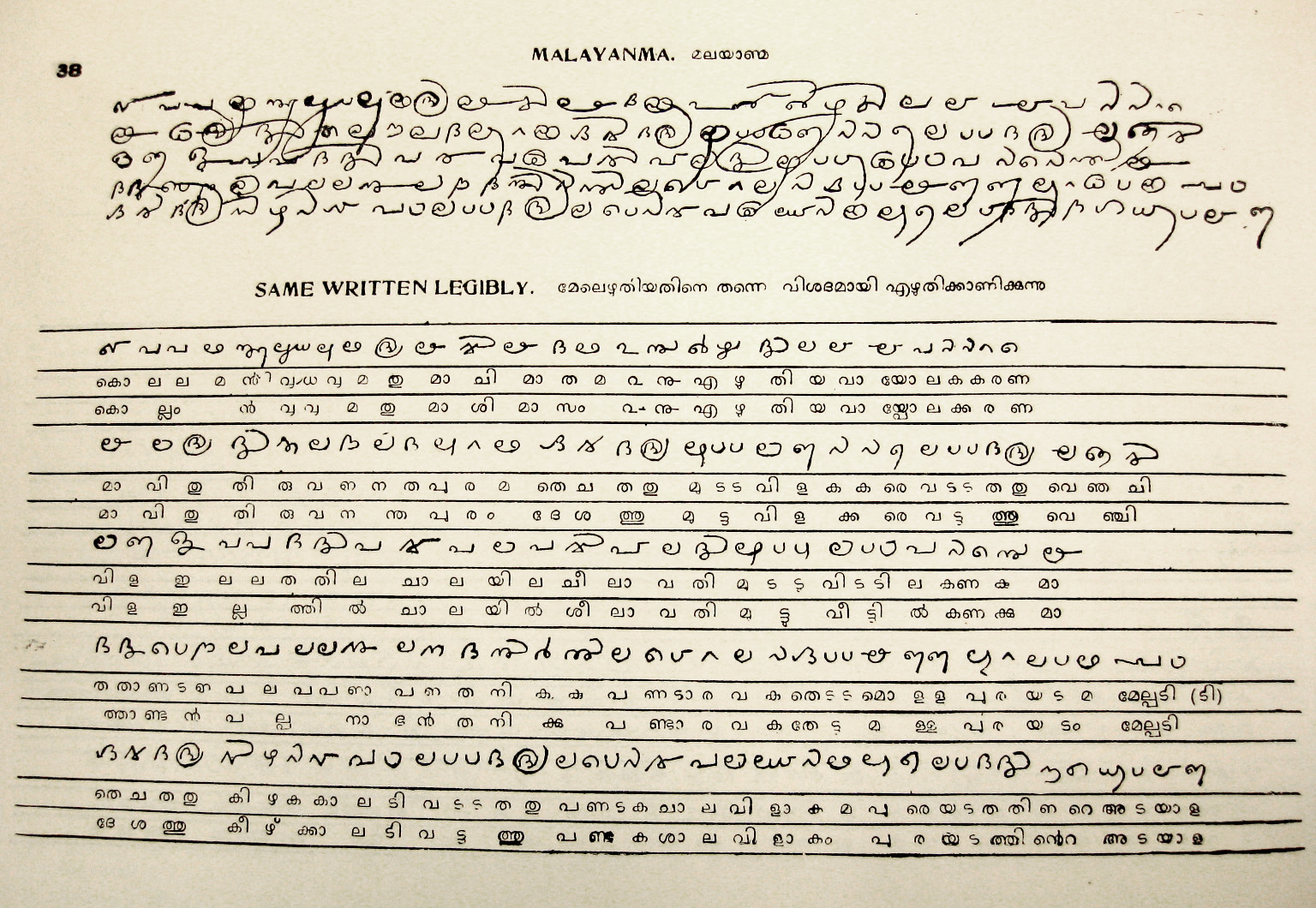 “MALAYANMA” — a plate from the Malayalam book, പ്രാചീന കേരള ലിപികൾ, Pracina Kerala Lipikal (Ancient scripts in Kerala). A facsimile of the original is on the top, and a “more legible”, re-written version below, with modern Malayalam script-typed transcription in the rows below. (I assume the two rows are just meant to show the simplified and unsimplified style of typing conjuncts? Someone tell me if I’m wrong!)

The book explores three historic scripts used in Kerala: Vettezhuthu, Kolezhuthu, and Malayanma. Vettezhuthu, “round script”, derived from Tamil-Brahmi, was the first, used in both the Tamil Nadu region and Kerala from the 6th – 14th century. Kolezhuthu, “stick script” (written using a stick, or kol), was used in the Cochin and Malabar region. Uditi Shah writes, “There is no fundamental difference between the two scripts except that in Kolezhuthu there are no specific symbols for endings in u and for a and o”. Malayanma was another variant, used primarily in Thiruvananthapuram. (Chintha attempts a side-by-side comparison of the scripts to show some minor differences between them.) 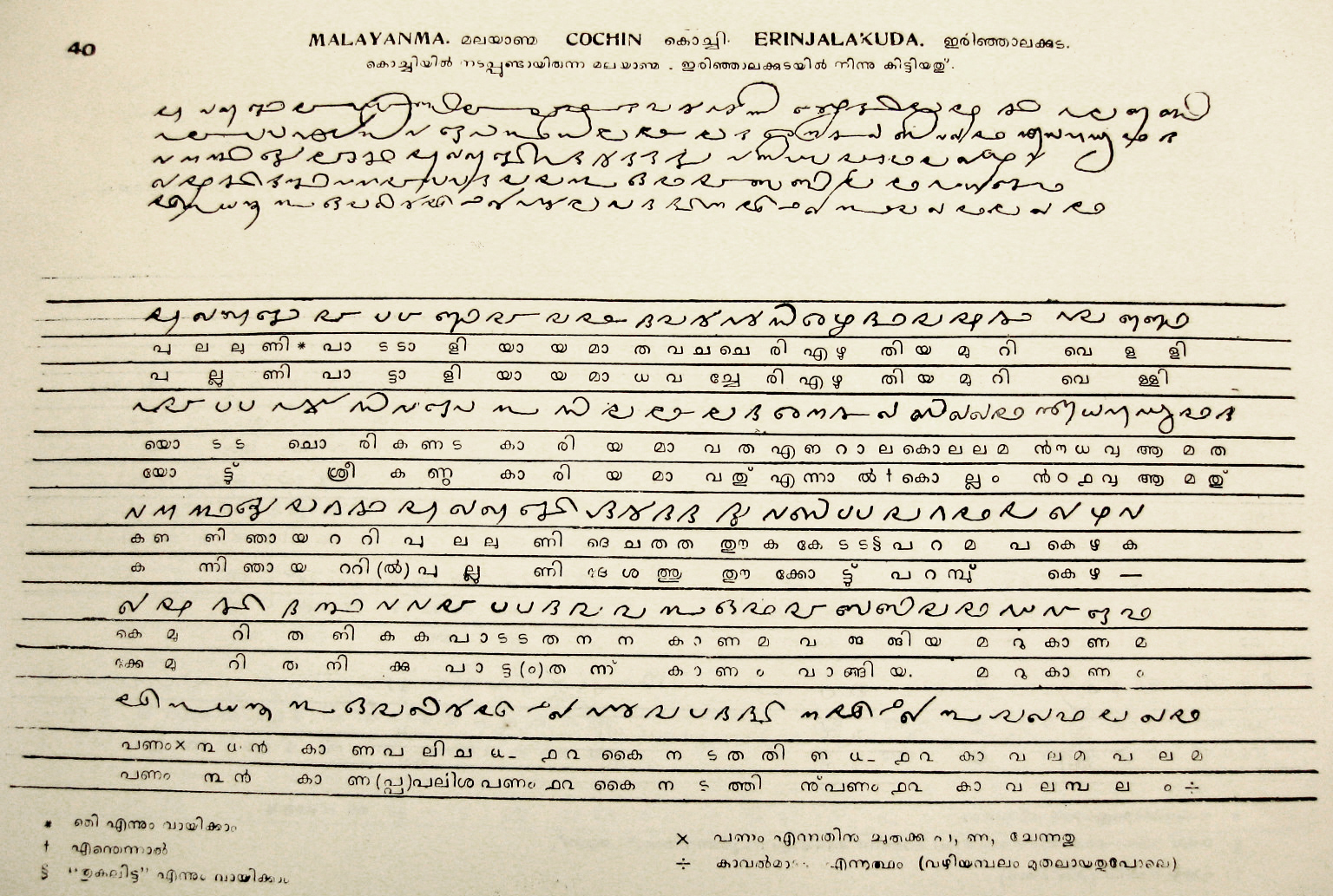 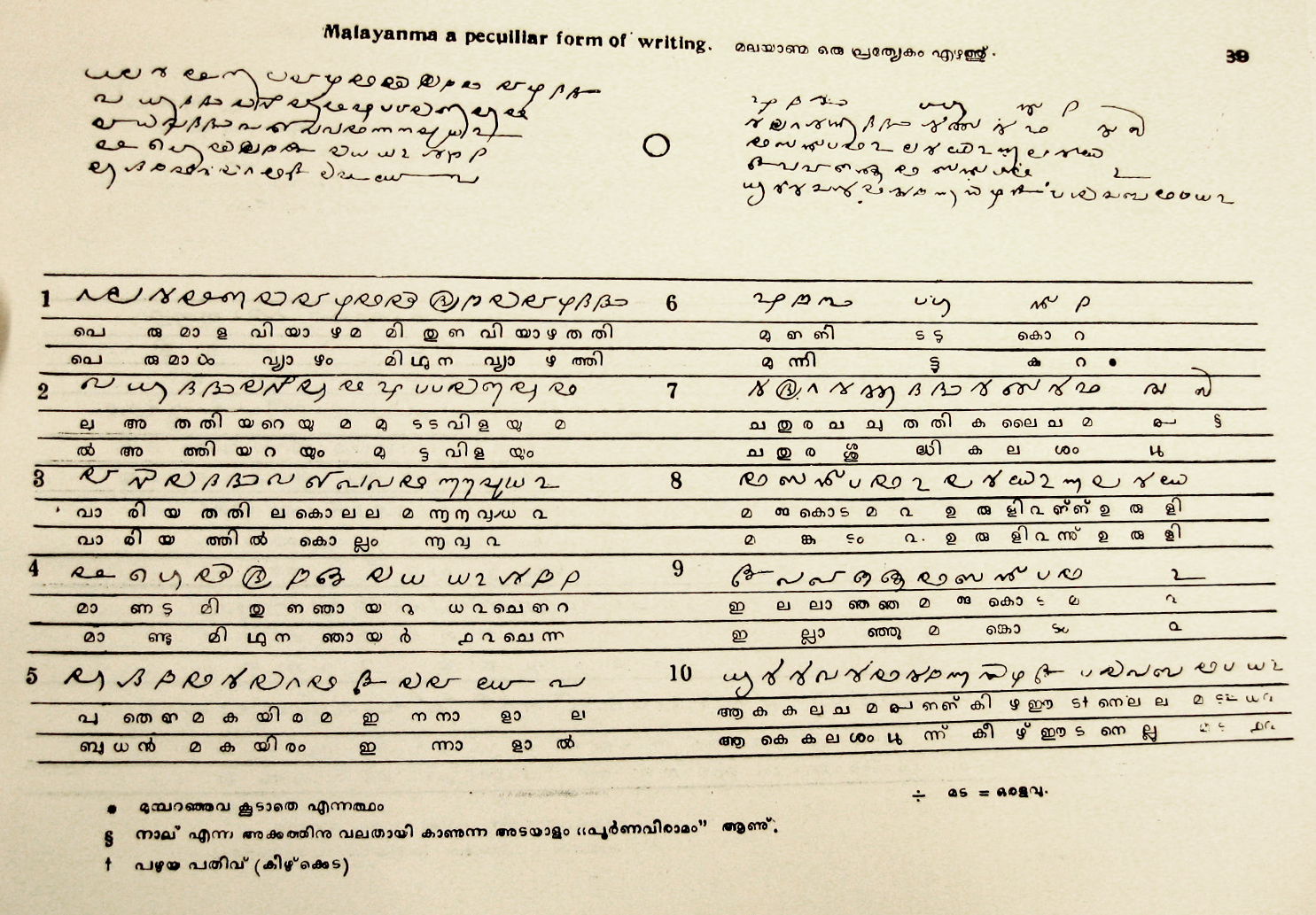 To me, it looks like the examples were all written quickly, and that Malayanma was definitely used as an informal, almost “cursive” hand. I really need to find a translation of this book! To contrast, check out this facsimile of a Kolezhuthu inscription on copper plate — a process that could not be done quickly, and so these forms are much rounder: 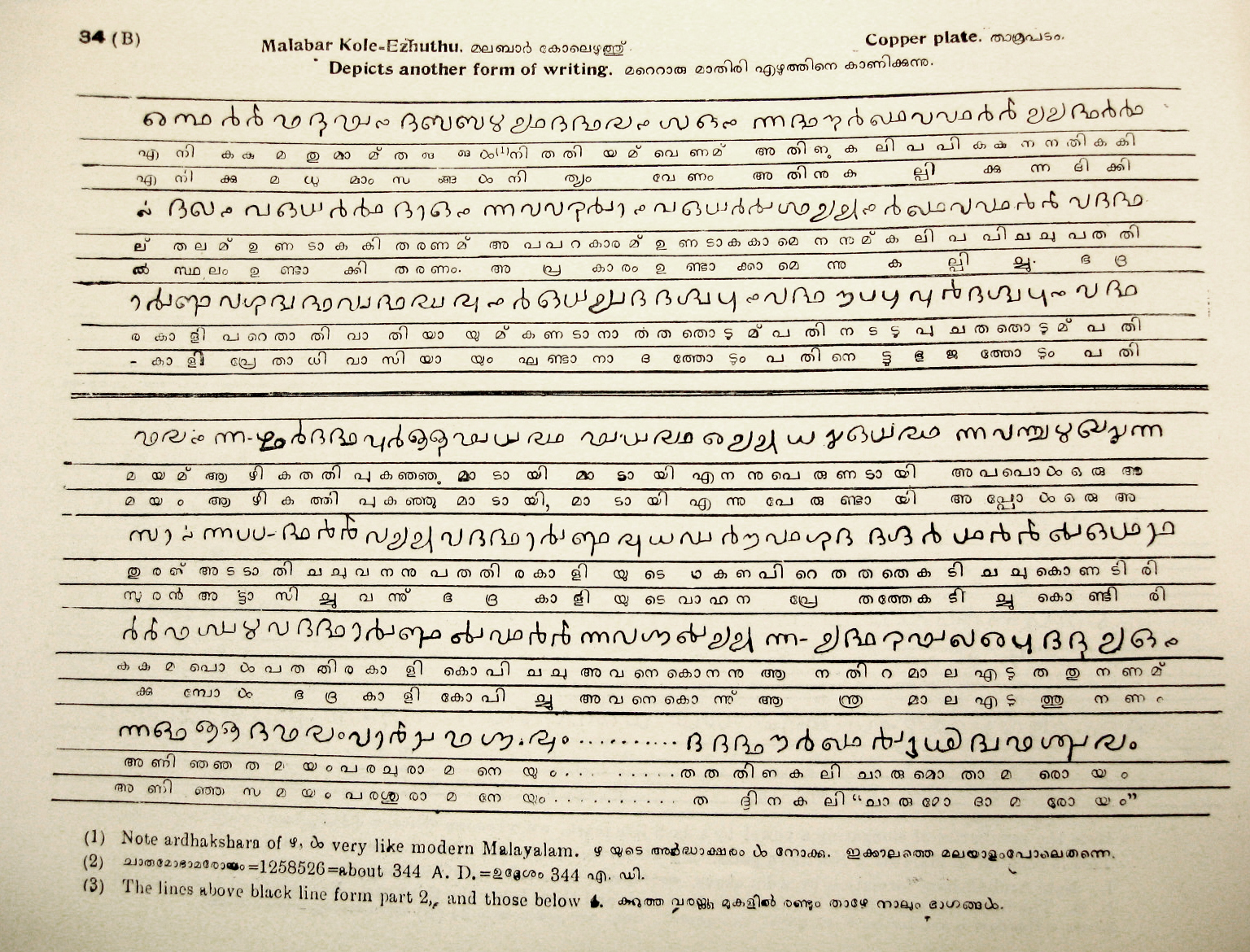 I hope one of you readers will find these images useful in your studies!