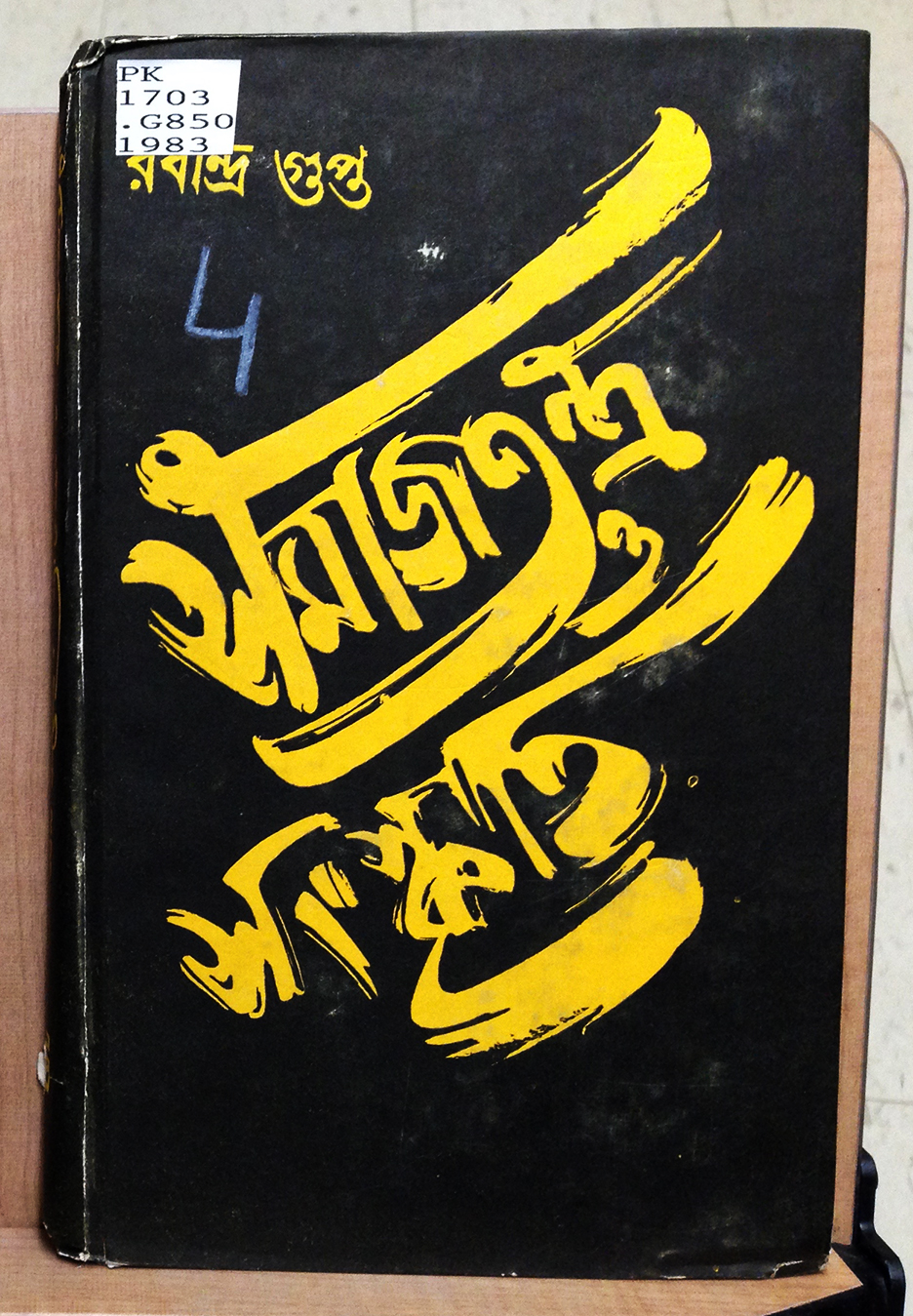 Socialism and Culture. Since the word Sanskriti means culture or “refinement”, you can guess that the Sanskrit would mean “refined language”. Quick history lesson: The 20th century socialist political movement in India began as a part of the independence movement against the British Raj, growing rapidly in popularity among the farmers and laborers long jilted by the zamindars and landed gentry. Its principles shaped the economic and social policies until the early 1990s, when India moved toward a more market-based economy. But presently, Marxism is prevalent in West Bengal. (thanks, wikipedia)

What a fantastic brushy script – I love the exaggerated ত and ৃ that add some balance to the other dominant strokes.

*also, apologies for the “4” on a lot of these covers. Those indicate what floor of the library the book should be shelved. Too bad they’re so prominent!