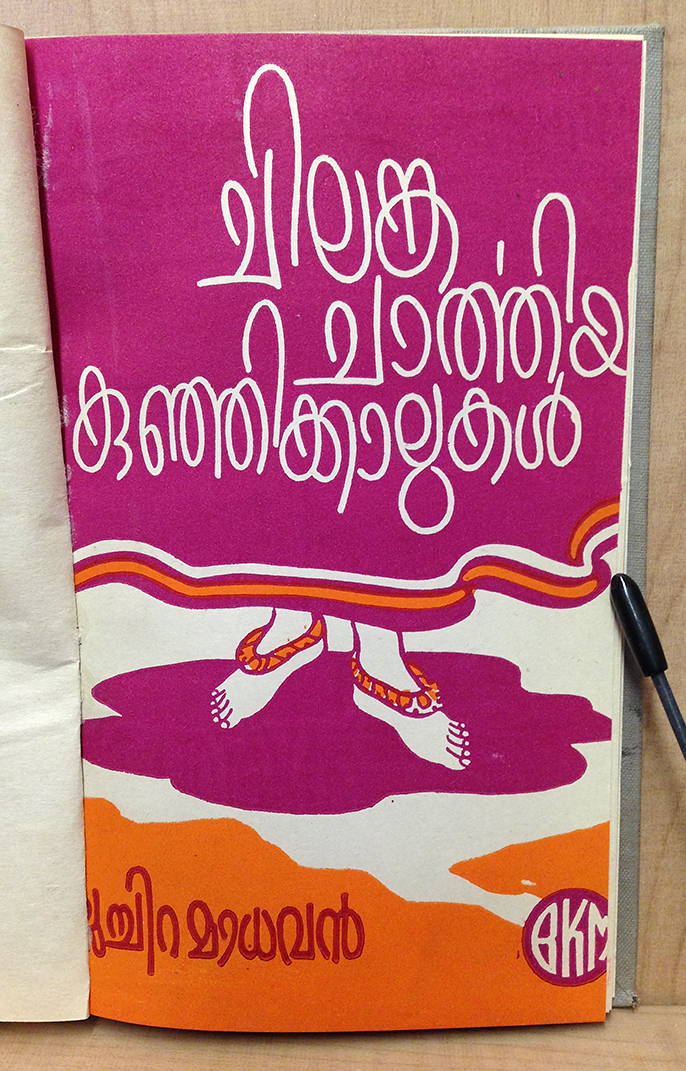 Nice colors and fluid writing style on this dancer’s dress. The author, Vallachira Madhavan, who grew up poor and never finished secondary school, apparently wrote over 400 books in his lifetime and was the most popular Malayalam novelist of the time. Vallachira is actually the name of his hometown, which he loved so dearly, that he put in front of his own name, rather than his family’s name.

The lettering on the cover looks a bit different from the typeface here, as it uses the old orthography. I’ve based the transliteration on what I had seen used commonly on the web. Let me know if you see a mistake! Or if you can translate this for us!