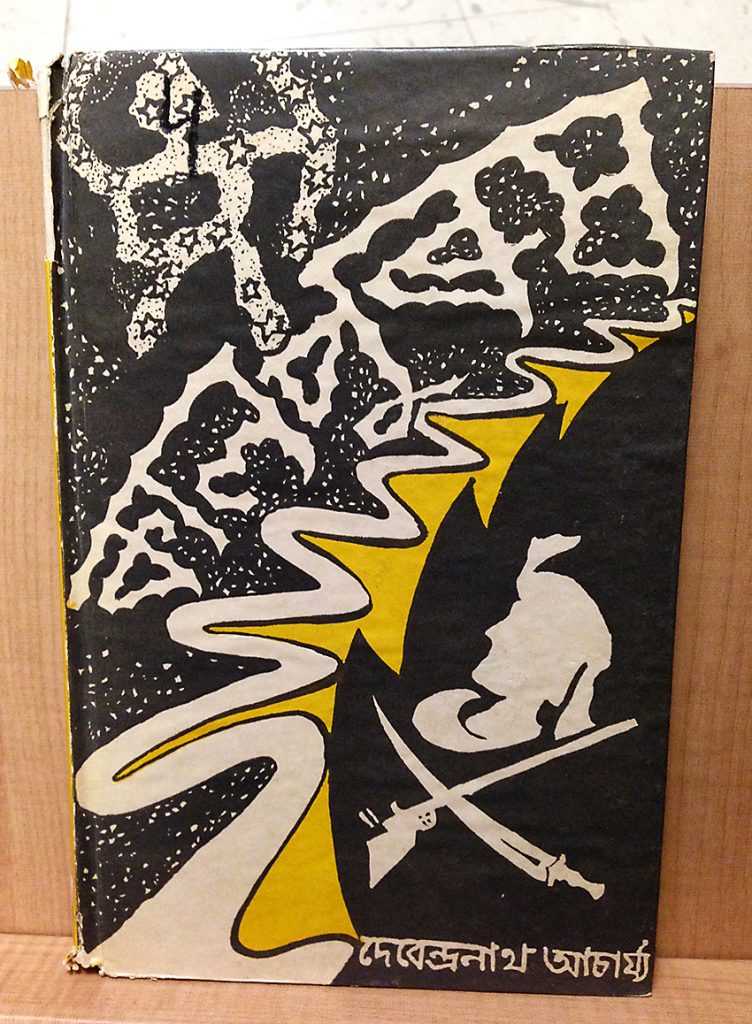 So in searching for the meaning behind this cover, I learned that Kalpurush is the Bangla (and Assamese, it appears) name for the constellation which many of us know as Orion. So that explains the Orion figure in the upper left. But what about the sword, rifle, and man on the right? Well, according to its WorldCat entry, the title page of the book says that it’s “a historical novel based on the history of Assam, from 1639 A.D. to 1673 A.D.”, so this would appear to be about the Ahom kingdom of that time period. But, I’m not sure about the connection with the stars… guess I need to do some investigating.

Side note: So when I started photographing these Indic book covers at the University of Chicago library, I began with Assamese, since the world language shelves are arranged alphabetically. I was amazed by the beauty! So although the Assamese language has far fewer speakers than Bengali (15 million vs 260 million), I spent a disproportionately large amount of time photographing the Assamese covers before realizing I was running out of time. Hence, you will see many more of them than Bangla language books in the Bengali script section. The scripts are almost exactly the same, except for a few letters, one of which is the Ra (ৰ) in this cover.