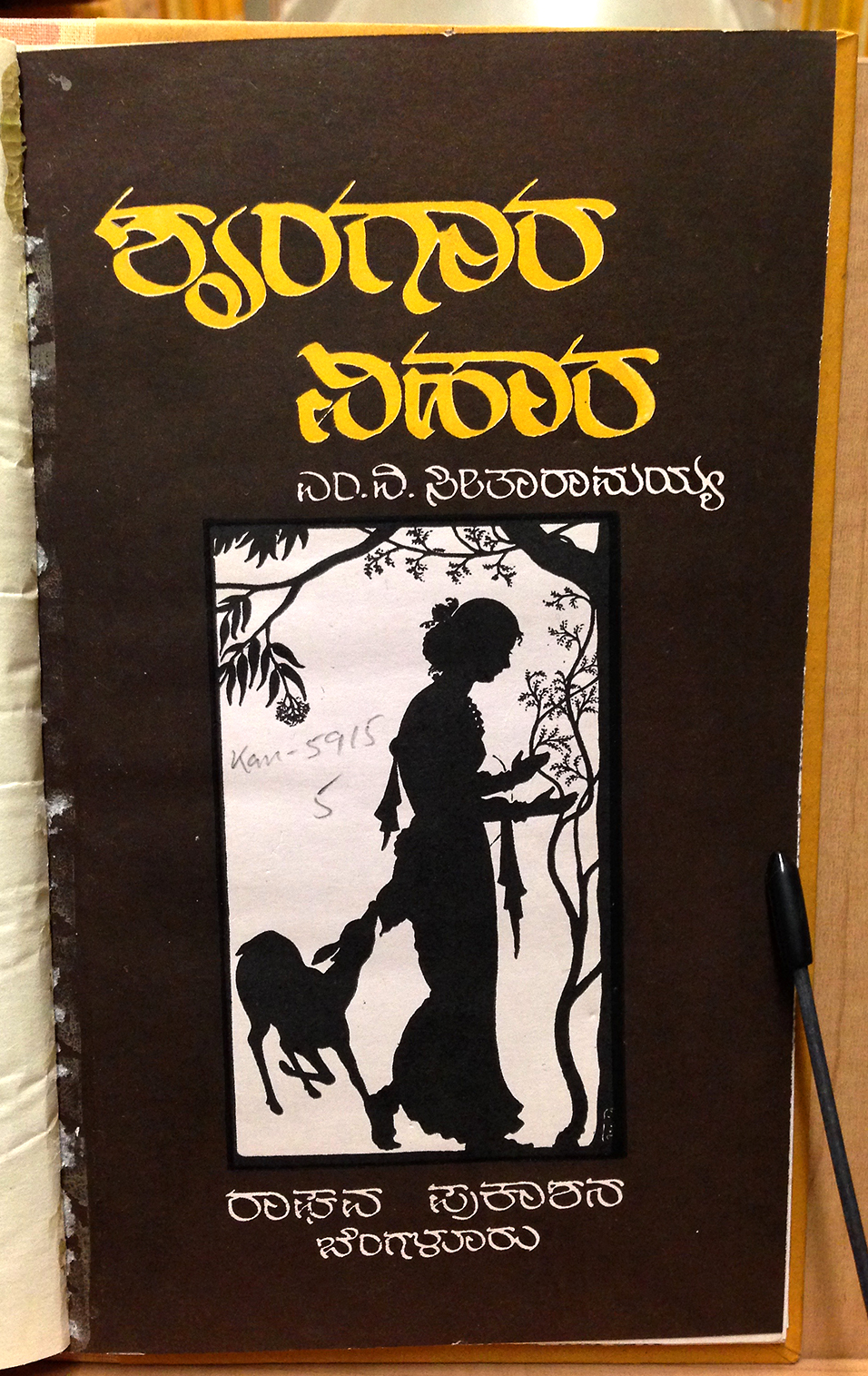 M.V. Seetharamiah was a Kannada writer who penned over 100 works including poetry, stories, and essays. He was a scholar and researcher of old Kannada manuscripts and inscriptions.

This calligraphy style is interesting to me in that it makes the letters all a bit more similar to one another than we typically see. Using a straight vertical stroke to indicate the lower-left round part of letters like ವಿಮಎ makes them look more similar to shapes like ಸೀ. As does the movement of the inner “pinch”, which is usually centered, to be closer to the left side, giving the letters a much wider, rounder right half, making them resemble rounds like ರ and ಯ quite a bit more. I thought that the lettering on this cover deserved a closer look, so here’s a reversed-version of the smaller text: