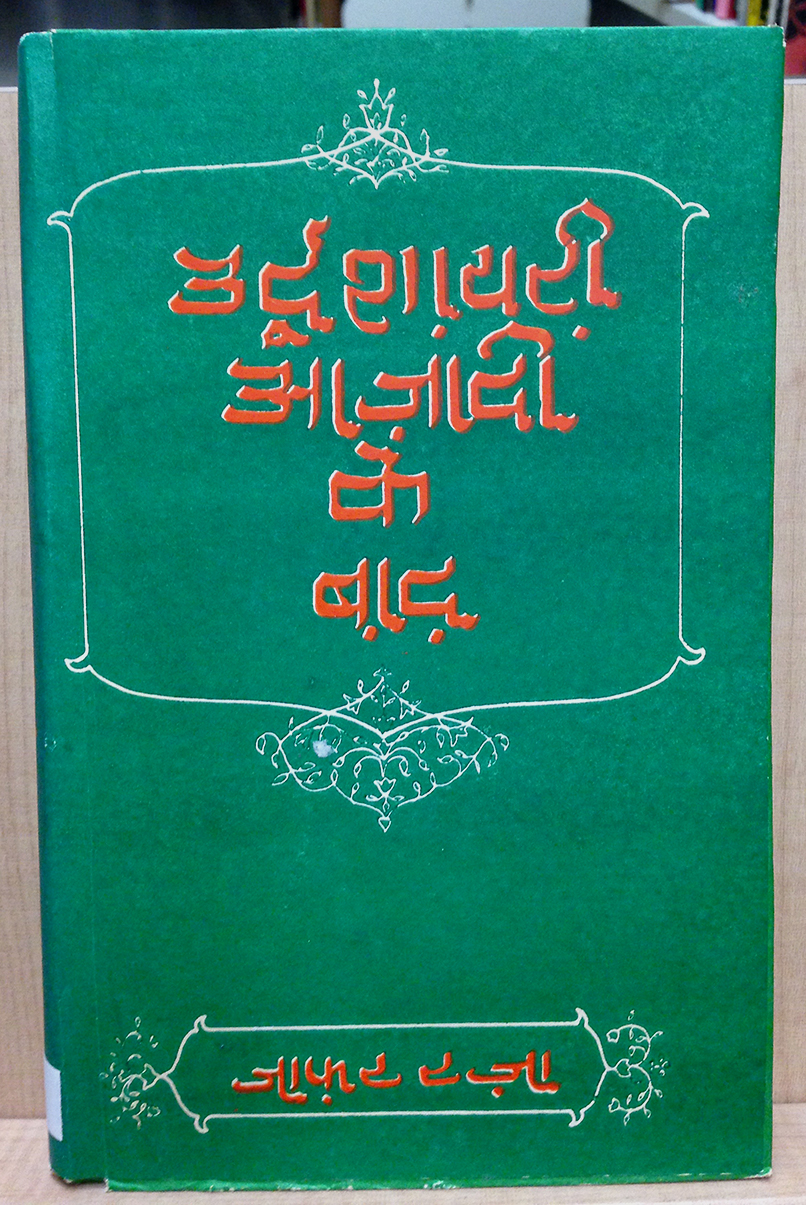 Urdu Poetry After Independence, a Hindi book cover utilizing the ever-present design solution (or, as many see it, faux pas) of script imitation, to imitate Arabic script, used to write Urdu. (Here’s another recent Devanagari example, and a Tamil). In this example, the Devanagari letters are given a long, horizontal emphasis, the headline is eliminated, curves are drawn as vertical/horizontal stroke intersections, and a few extra ijam-like dots were added for effect. It’s interesting to me that the designer used a style that more closely resembles Maghrebi than Nastaliq, which is the style used for Urdu. But, I suppose that’s a lot to ask! The message was conveyed clearly. The use of decorative borders and the bright green color also scream “Islam”.