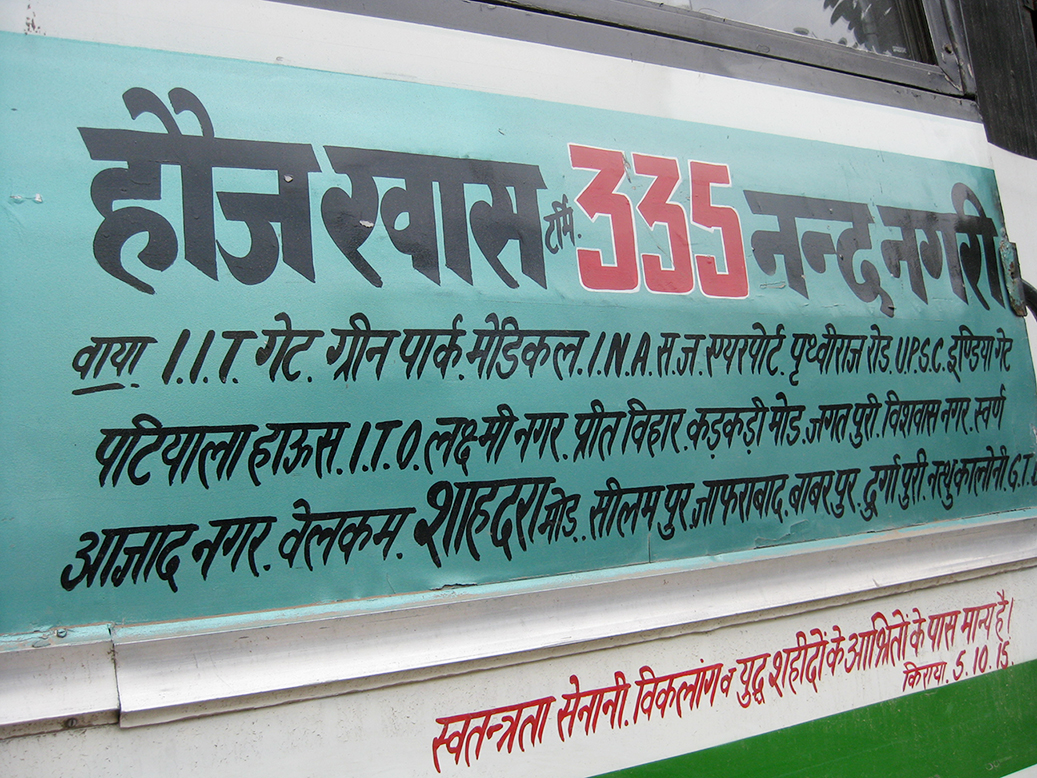 As someone who has relied on public transportation for the majority of her life, I really like this idea: list all of the stops on the route directly on the side of the bus! Here’s an online Delhi 335 Bus schedule that confirms.

And, a nice example of condensed, slanted Devanagari writing.