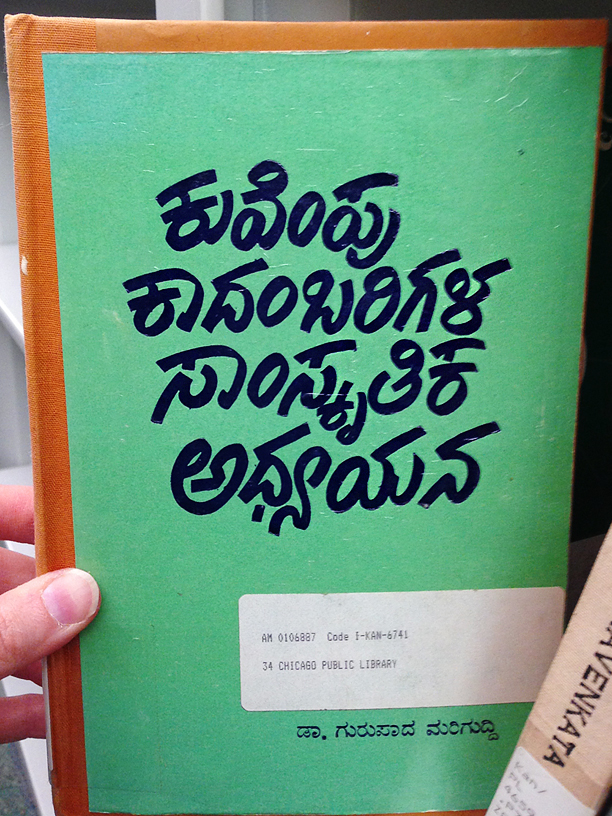 A little research tells me that Kuvempu is the pen name of Kuppali Venkatappa Puttappa, who is widely regarded as the greatest Kannada poet of the 20th century. During the time of British rule, he rebelled by writing his works in Kannada, through which he spread a message of anti-casteism and equality. He spearheaded an “Education in the mother tongue” movement, founding the Institue of Kannada Studies at Mysore University, where he served as Vice-Chancellor until his retirement. Check out his “Message of Universal Man“.

Openlibrary tells me that Mariguddi’s book, published in 1989, is “Originally presented as the author’s thesis (Ph. D.–Karnatak University). Study of social life and culture of Karnataka in the novels of Kuvempu”.

I absolutely love Kannada lettering that uses this gestural top stroke, rather than curving it back at the top. I also love how the circular elements (the large ವೆ loops, etc) contrast with the little blocky ಸ marks!