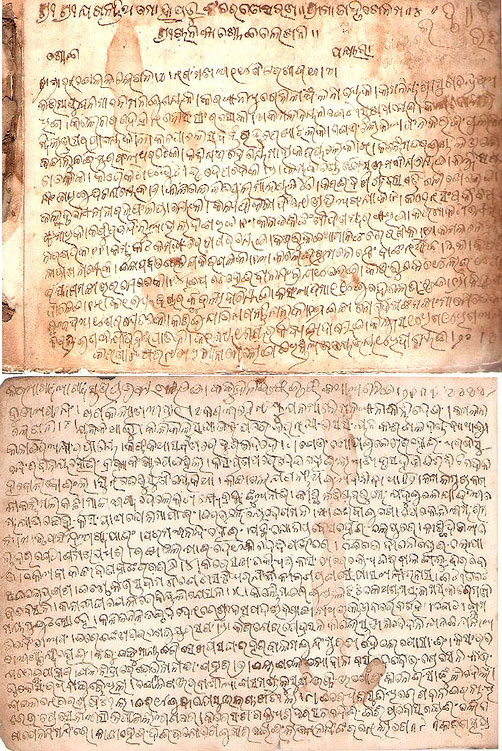 Above is a sample of Odiya script from approx. 150 years ago, that traveled with its seafaring owner to the island nation of Mauritius. Found on Orissa Matters, and presented as evidence of the accomplishments and presence of Odishan sailors and traders, in an effort to rename the British-titled “Bay of Bengal” to “Mahodadhi”, after the old Odishan empire.

I have found it particularly hard to find examples of Odiya script here in the US and in the UK – and this is the first time I’ve seen pen-and-ink modulated Odiya writing like this. Hooray!