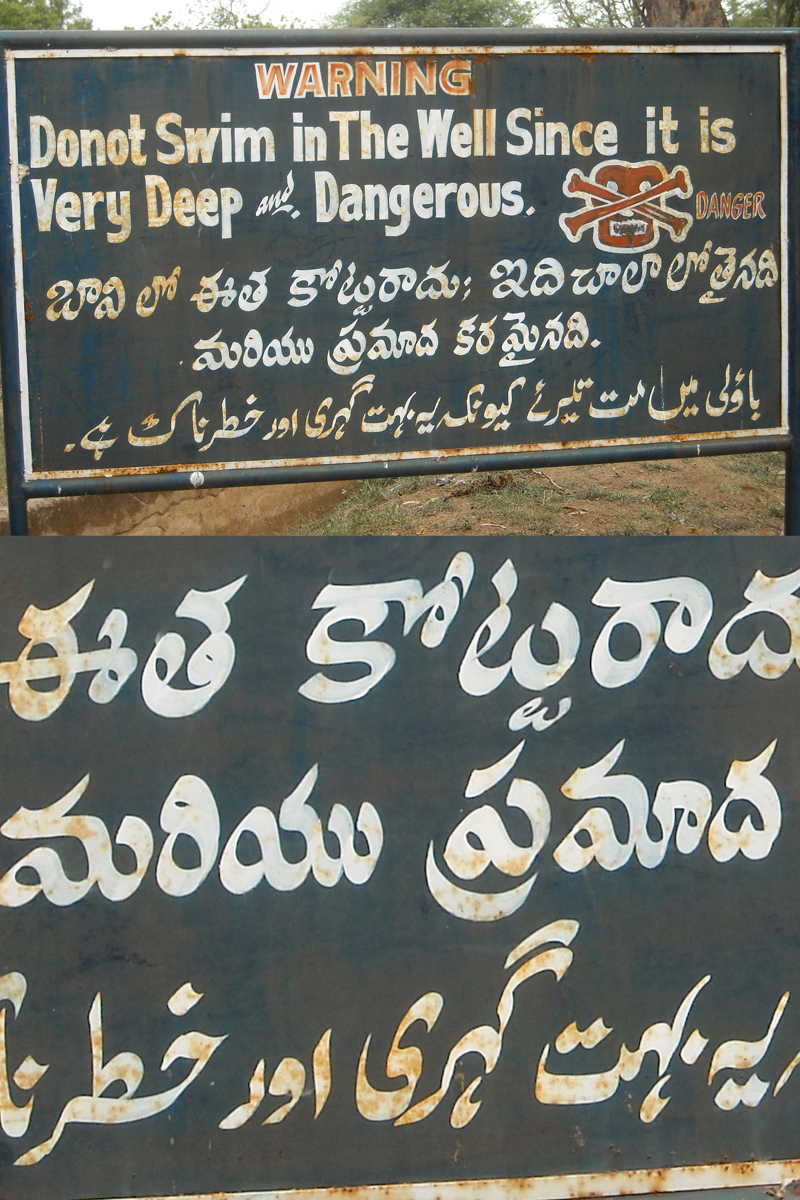 Hyderabad, a city with a 55% Hindu and 41% Muslim population, also has a mix of scripts – Telugu, Nastaliq, Latin (for English and transliteration), Devanagari, and probably many more. This sign is a great example of Telugu written with a brush held at the same angle as was used in the Urdu. (Urdu scholars, does it look a little wonky to you, too? Should we assume the painter was a native Telugu speaker?)

The writing of South Indian scripts, Telugu and Kannada especially, with an imposed modulated stroke is my super-geeky obsession for the past half-year. Notice in this example how the loops tend to fill up because of the width of the pen, and that the letter proportions are kind of all over-the -place to compensate for the thick stroke’s inability to make more compact curves and turns. Wacky! I hope to visit either Hyderabad, Bengaluru, or both on my trip next month! I have purchased extra camera batteries in anticipation!