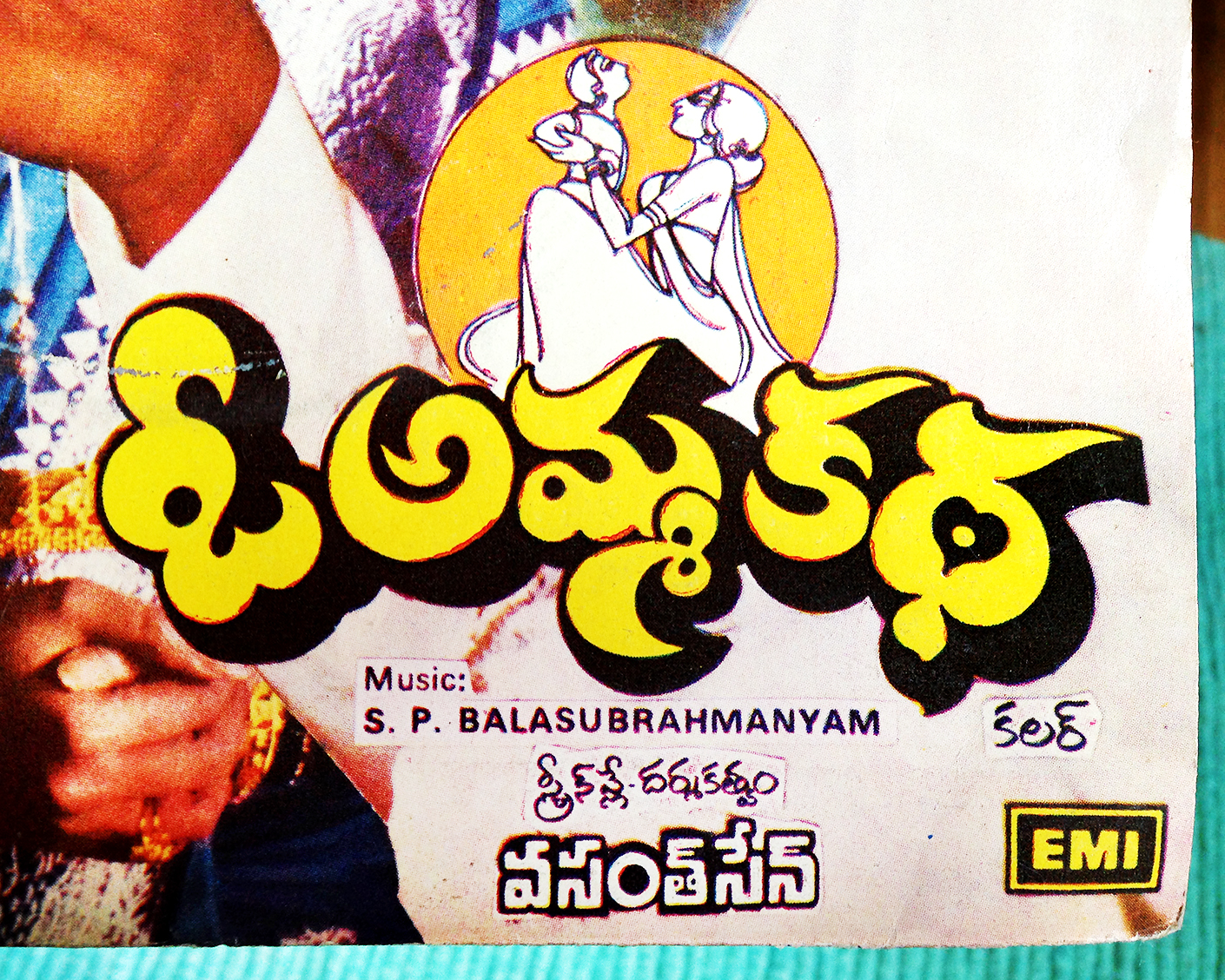 O Amma Katha, EP of the soundtrack of the 1981 film, directed by Vasant Sen.

ఓ అమ్మ కథ , O Amma Katha (A Mother’s Story), absolutely amazing lettering for this Telugu film title! A heart shape as the counter of the Tha? Love it. That bottom boxy script, వసంత్ సేన్, is the director’s name, Vasant Sen.

This is actually a cover of an EP record of the film’s soundtrack, with music by Sripathi Panditaradhyula Balasubrahmanyam.  (Shortened to S.P. — a good example of how naming conventions differ around the world!)  And since you’re just dying to hear some of it, check out this video. 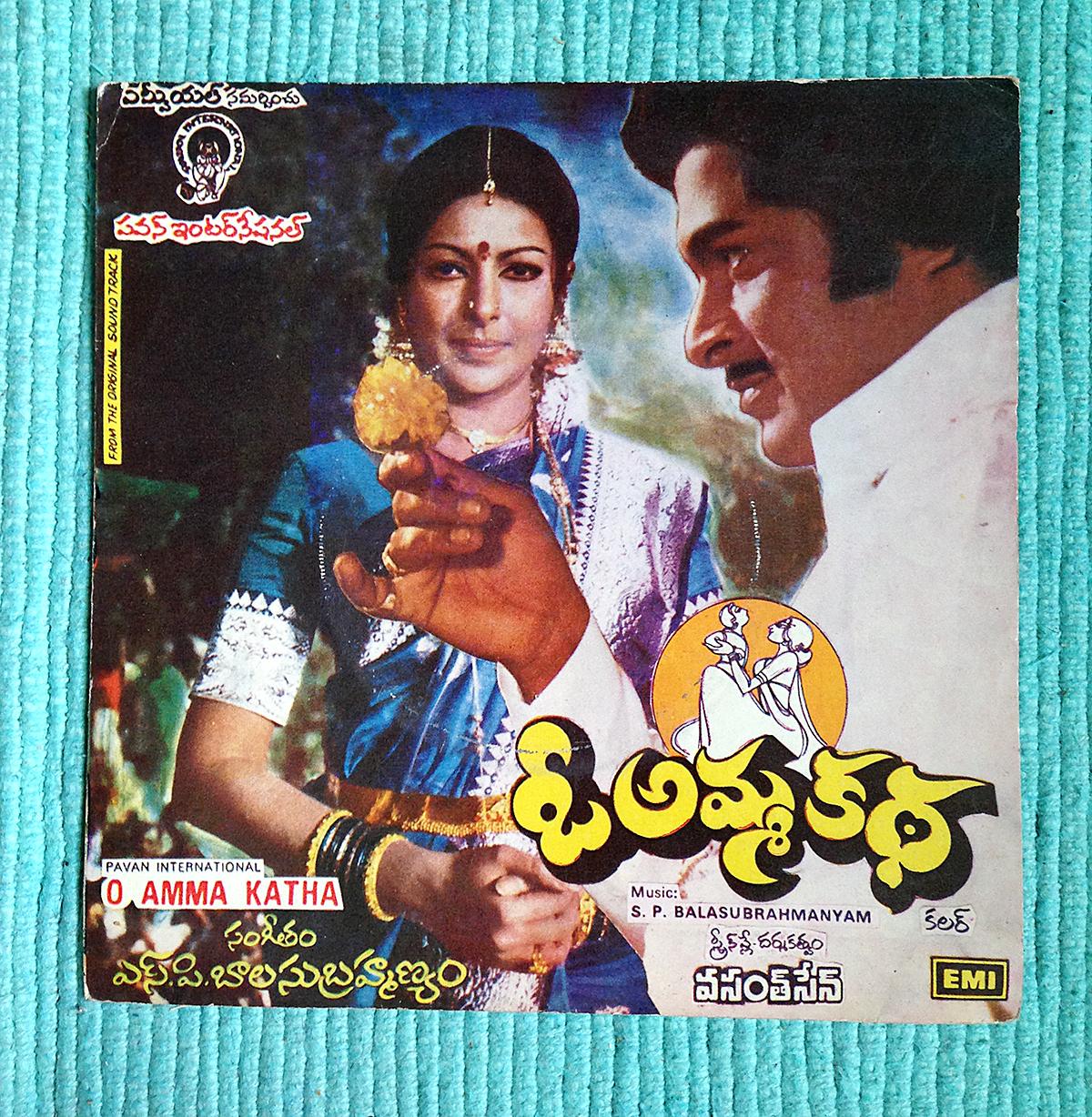