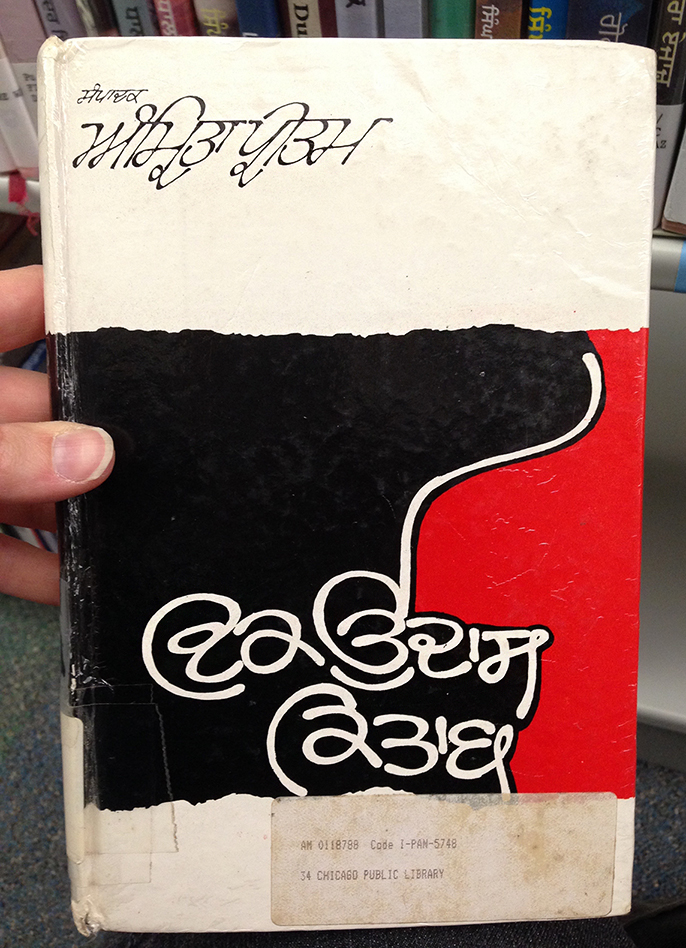 Amrita Pritam is considered the most beloved Punjabi poet of the 20th century, and the first prominent female Punjabi author. In her lifetime, she has authored over 100 books; poetry, fiction, biography, essays, folk songs, and an autobiography.

The author’s name has been lettered in a delicate style, whose letter structures are similar to type, whereas the title lettering of the title mimics Gurmukhi handwriting style, which is much more rounded and looks rather different! Here is another variation from the back cover: 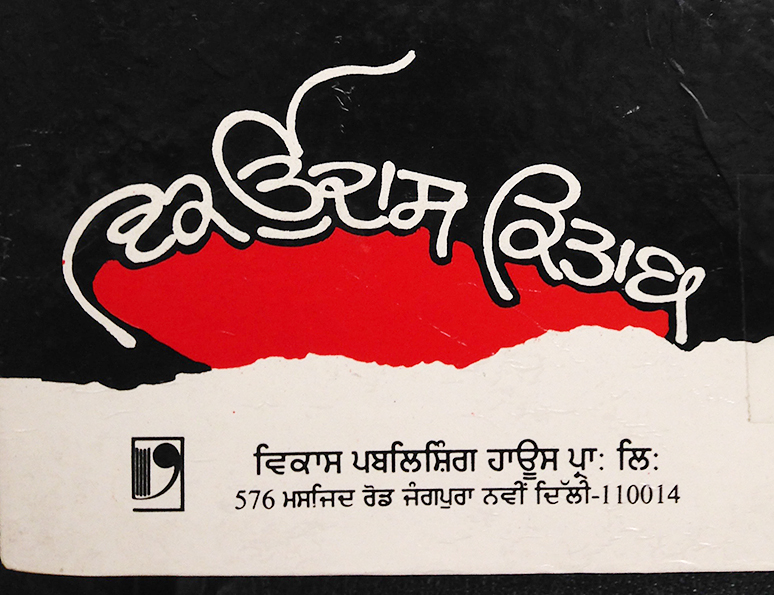