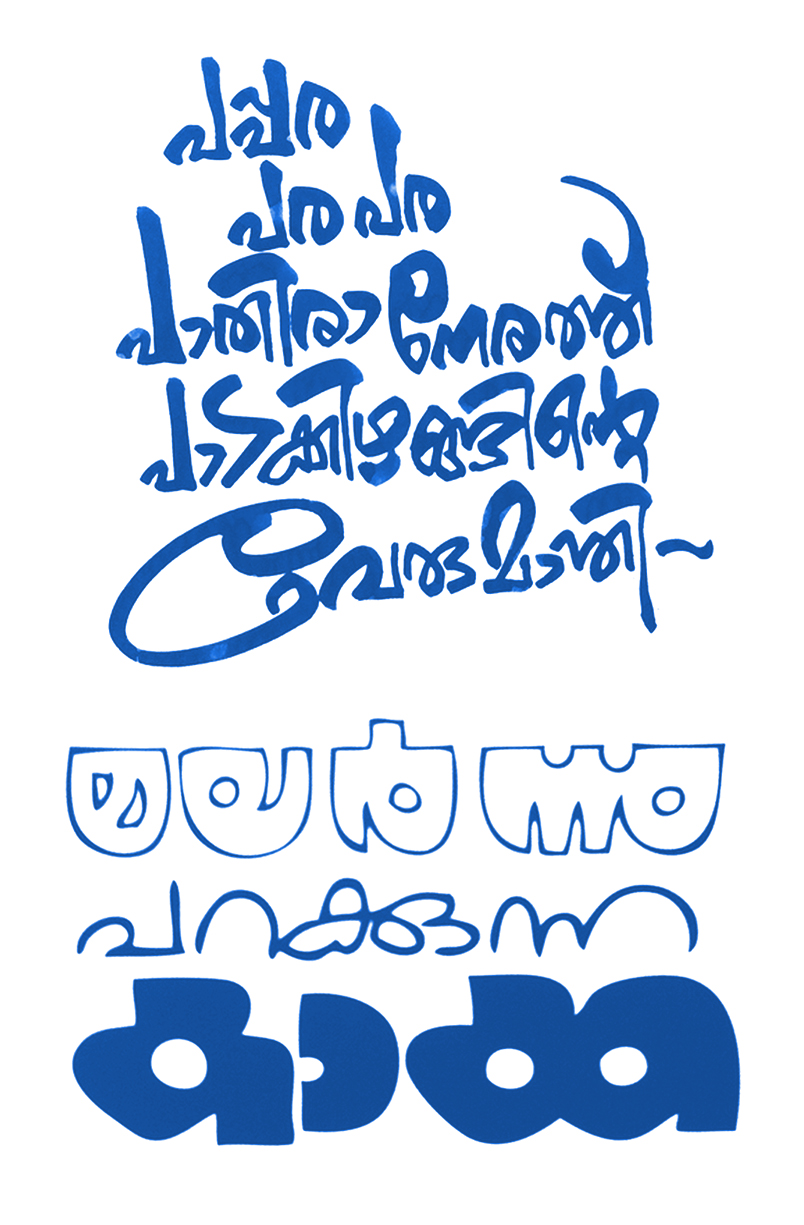 Now here is a Malayalam lettering artist that you should know about. Narayana Bhattathiri has been working for 30 years, creating a reported 30,000 different works; titles for films, newspapers, magazines, and more. He was self-taught, and used traditional pens as well as everyday objects like toothbrushes and popsicle sticks to create his letters.

A few years ago, ‘Kachatathapa’, a traveling exhibition of his work was compiled by random collectors, as he did not save copies of his work. A sampling of more than 40 pieces from the exhibition can be found at EnteCity!

The Hindu also covered this exhibition, which is a big deal for lettering artists! Congratulations, Narayana. He is actively adding new experiments to his Facebook page, which you should check out!