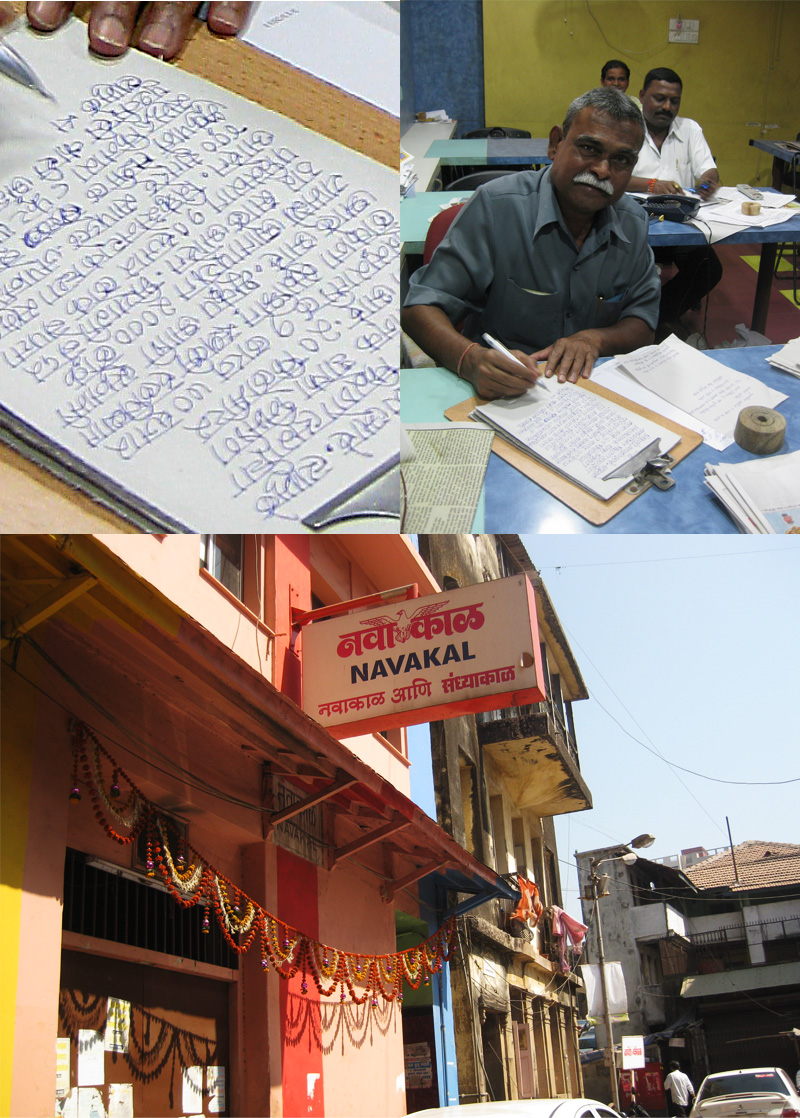 On the last day of my trip in India, I was honored to be given a whirlwind tour of Mumbai by an old blogging friend Deven Sansare, writer and native of the neighborhood of Girgaon. In search of old printing presses and type, we wound up in a district catering toward the printing of pristine custom wedding invitations. In Marathi, Deven asked the few printers whose shops were open on the sunny Sunday afternoon if they had any metal type. Sadly, as I discovered in many cities on our trip, they said that most of the type had been melted down over the years, and that people use computers nowadays. Fair enough! But, around the corner was an interesting surprise.

In the offices of Navakal, a local Marathi newspaper, we found three men scribbling away with pen and paper, writing stories for the next issue. They said that it is faster for them to compose a story writing by hand than using a computer. Only after the story is written, does an assistant transfer it to the computer. I wasn’t able to get a look at which system they use, but it’s incredibly likely that they’re using a specially-designed publishing software for Indic scripts (like Shree Lipi), like most of the localized publications. No InDesign here!

I have no real idea of how many news publishers and writers work like this, but I imagine it is still incredibly high. I wonder if surveys exist with this kind of information – it would be very interesting to know what type of technology people are working with. In the meantime, please write a note if you have any insight on the matter!