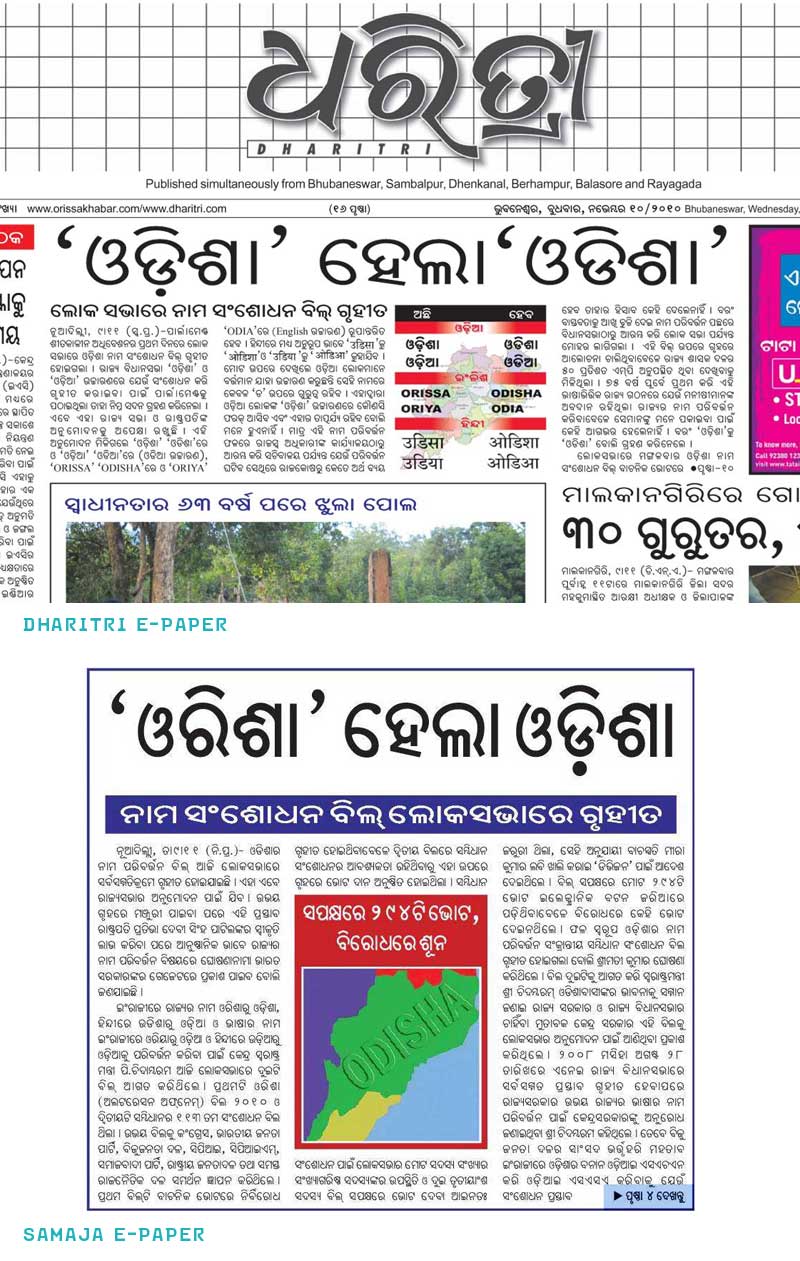 Legislation was passed on Tuesday that officially renamed the East Indian state of Orissa as Odisha and the language spoken in the state as Odia from Oriya, Anglicised names assigned by the British.

Above, two Odia newspapers write about the change. The Samaja e-paper, and Dharitri. Typeset in very common monolinear fonts.

More from the Times of India.