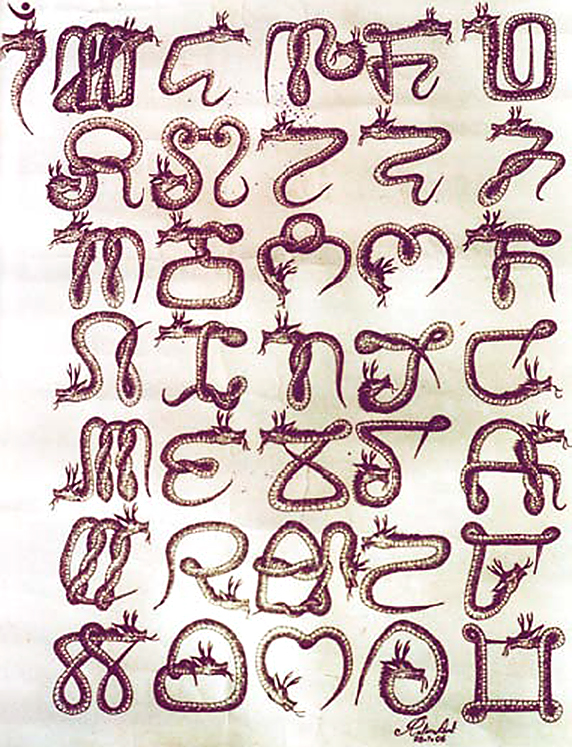 Meetei Mayek, the traditional script of Manipur, spelled out by some snakes! This image was brought to my attention by Srinidhi A, and was found in an article by M. Imocha Singh, Decline of Manipuri Script, published in Kriti Rakshana.

For a comparison, here’s a look at a Meitei Mayek typeface: 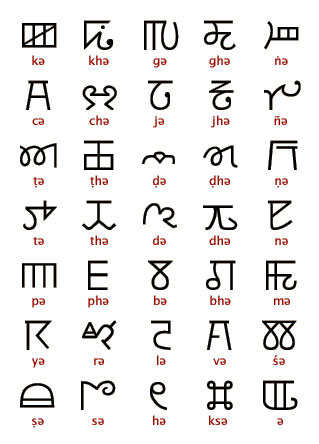 The history of the Meethei language and script in Manipur, which is tragic and bloody, definitely warrants a separate post. But for now, I will focus a bit more on these snake creatures.

Looking closer… those snakes have antlers and large ears, don’t they? What is this creature? It is a representation of Lord Pakhangba, and in this form, called Paphal — a mythical creature with the body of a snake, head of a dragon, with antlers of a deer. Lord Pakhangba is a deity of the ancient polytheistic, naturalistic, animistic faiths practiced in the Manipur region before Hinduism was introduced. Many of these beliefs, and the attachment with nature are still a part of modern life. These Paphals represent the different clans (here are 2 of 7) of Meetei:

A Paphal is often displayed in front of houses, as an architectural embellishment on roofs, and over doorways, as an auspicious symbol. Paphal is also used on many crests, signs, and flags in Manipur. View Shakmacha’s blog post for some beautiful examples and more information.