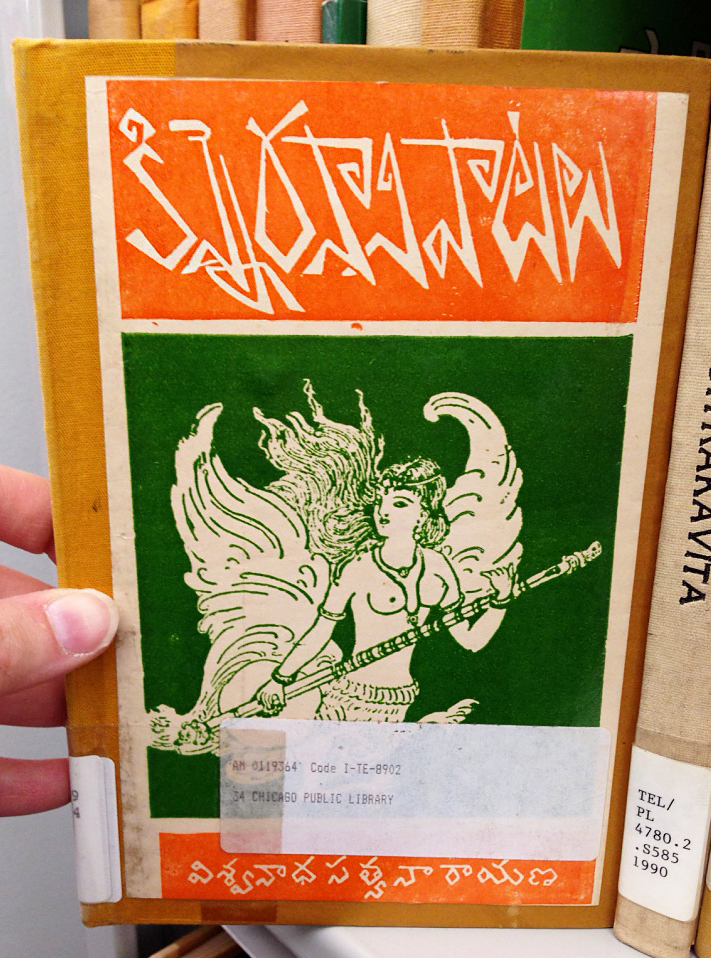 కిన్నెరసాని పాటలు (Kinnerasaani Paatalu), or, Kinnerasani Songs. A fantastic example of how the traditionally very round Telugu letters can be stylized into sharp, dramatic, forms.

So, who is this bare-chested woman on the cover who is holding an instrument (some kind of Veena?), and why does she have wings? And are those some furry legs beneath that library sticker? She is a Kinnara, a singing, instrument-playing siren who is part-human and part-bird or part-horse (or both!). According to the Mahabharata, the Kinnara kingdom was located in the Himachal Pradesh region.

There is also a Kinnerasani River and wildlife sanctuary, and… just for fun, here’s a song called Kinnerasani. 🙂