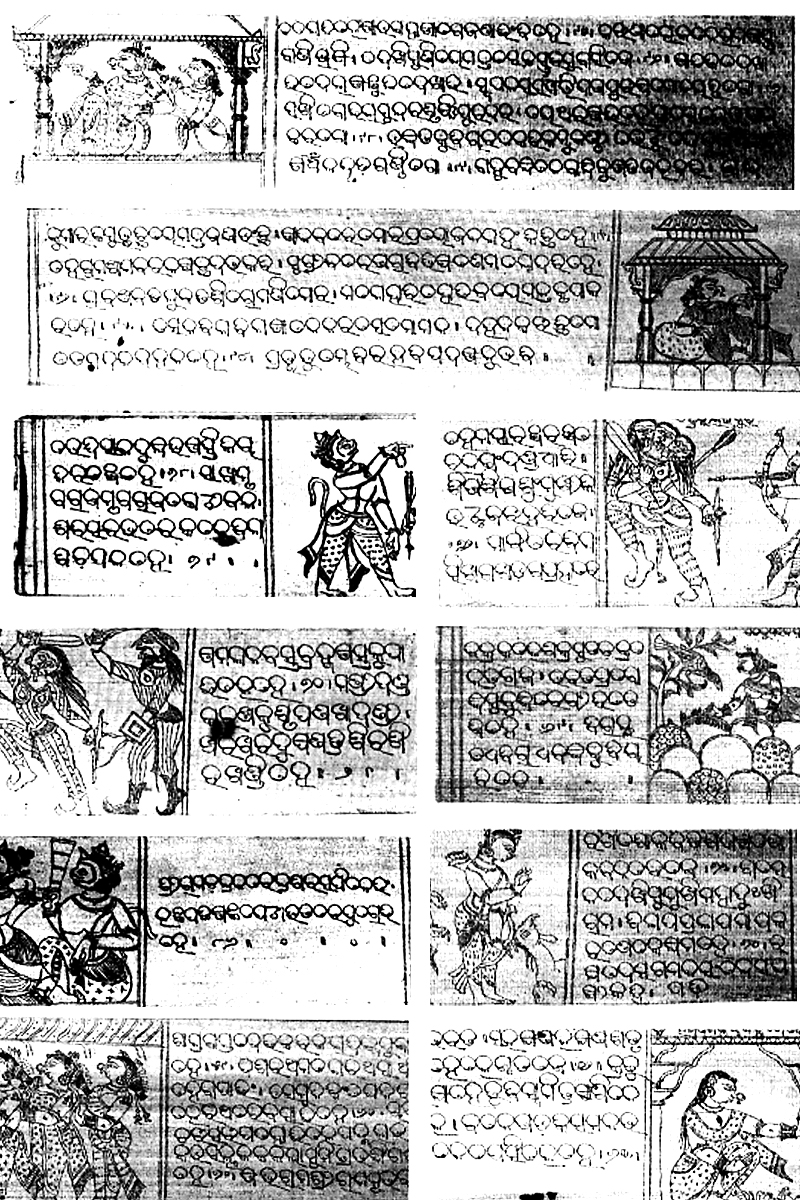 Images of Odiya manuscript pages from Joanna Williams’ book, The Two-Headed Deer: Illustrations of the Ramayana in Orissa, which can be explored online here.

Odiya, a script that features both South Indian roundness in form (due to its origins lying in the metal stylus / palm leaf writing approach) and some North Indian characteristics, like vertical lines on the right-hand side of some characters, and over-all quite vertical character proportions, and a similar “hanging” feel due to the repetitious circular stroke that most characters possess.

This particular scribe used very large, very circular head strokes leaving the identifying features of each character very small. In most Odiya fonts today, the lower-half identifying features are much larger compared to the curved head strokes. These examples remind me a lot of the Burmese script, found in nearby Myanmar (which is also Brahmi-derived, originating in South India)